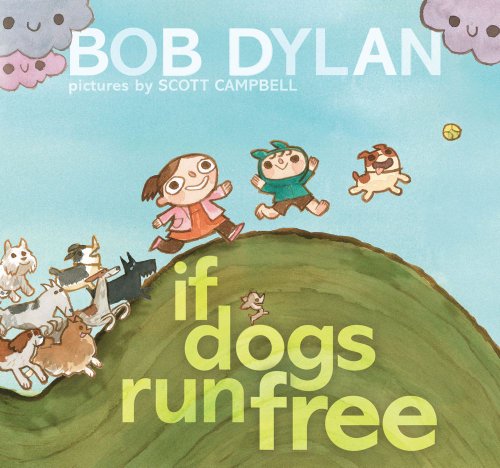 If dogs run free,
Why not we?

"If Dogs Run Free, from the 1970 album New Morning, is Dylan’s version of a novelty song: a goof on a ’50s-style mashup of piano jazz and spoken word.... It inspires the talented Campbell (East Dragon, West Dragon) to create a benevolent, retro-ish watercolor universe of cross-species friendships and endlessly fun things to do, with a wide-eyed and inexhaustible girl, her younger brother, and their pet dog as ringleaders."
– Publishers Weekly, June 2013