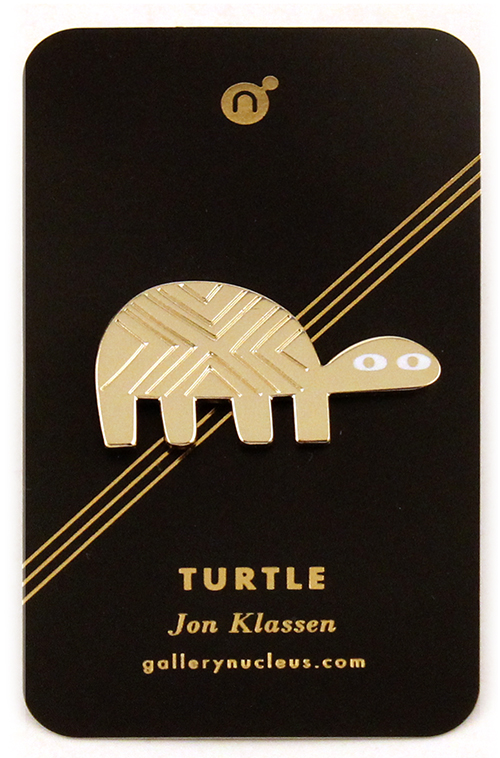 Designed by Jon Klassen, "Turtle" is part of our first series of artist pins!