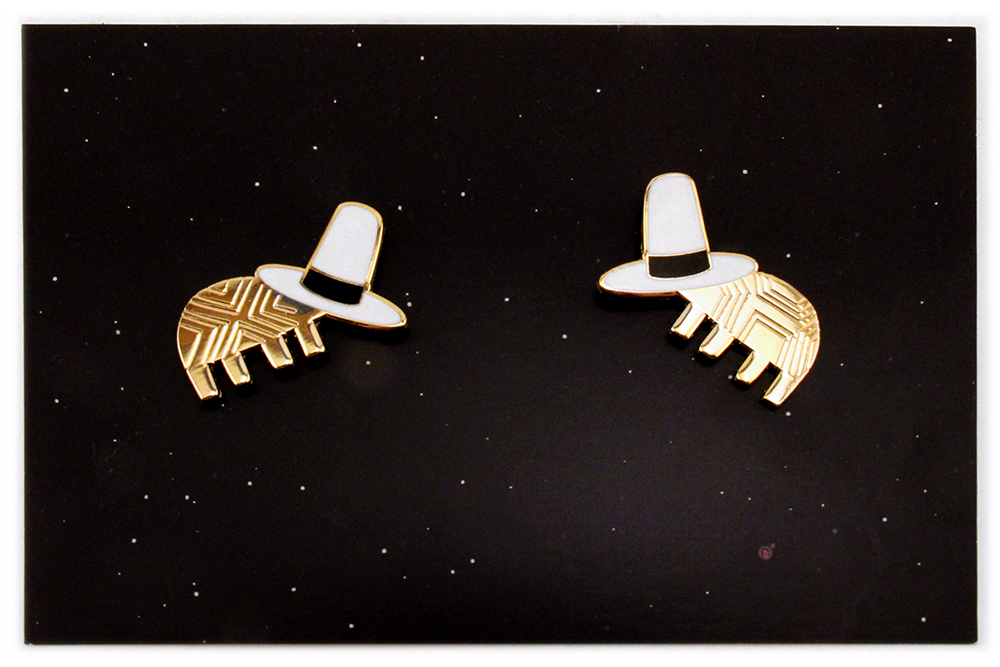 Jon Klassen We Both Have Hats - Nucleus Enamel Pin Set

Based on "We Both Have Hats" by Jon Klassen.