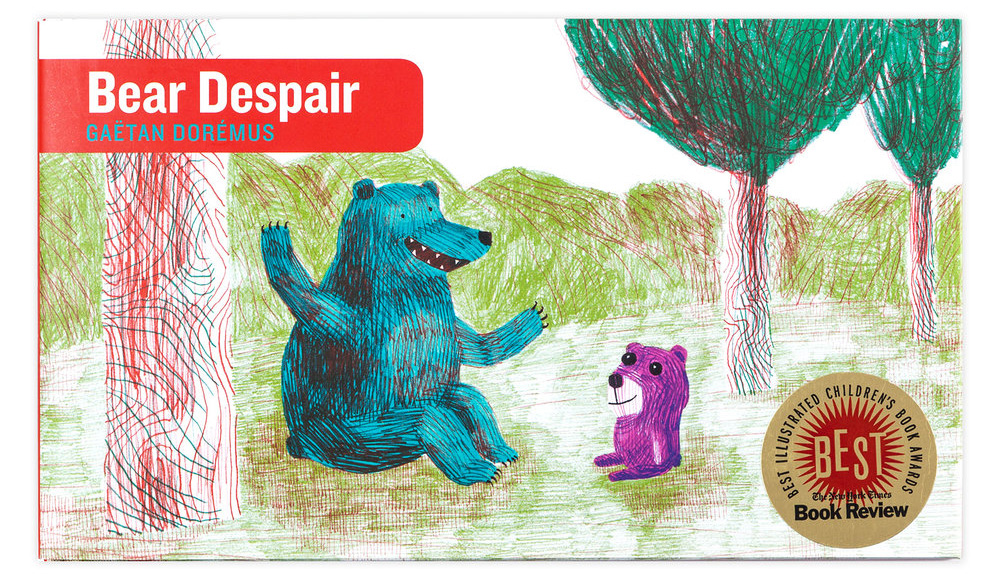 Don't ever take a bear's teddy bear, no matter how cute you think it is. If you do, you'll be in for trouble. Big trouble. For a bear whose teddy has been stolen isn't simply heartbroken, but determined to get it back. So determined that he might just gobble up more than honey to do so! However, should he succeed in getting his teddy back, then there just might be a surprise in store. This is a book that all readers will relish, and one they will want to read again and again.

Born in 1971, Gaëtan Dorémus received his degree from the School of Decorative Arts in Strasbourg, France, in 1999, after which he picked up a few other degrees while creating picture books and illustrations for the press. Dorémus has illustrated over twenty books and has produced hundreds of freestanding illustrations and cartoons. He loves to bicycle ride, walk in the mountains, and eat green tomatoes with cinnamon. In 2006, he became a Papa.