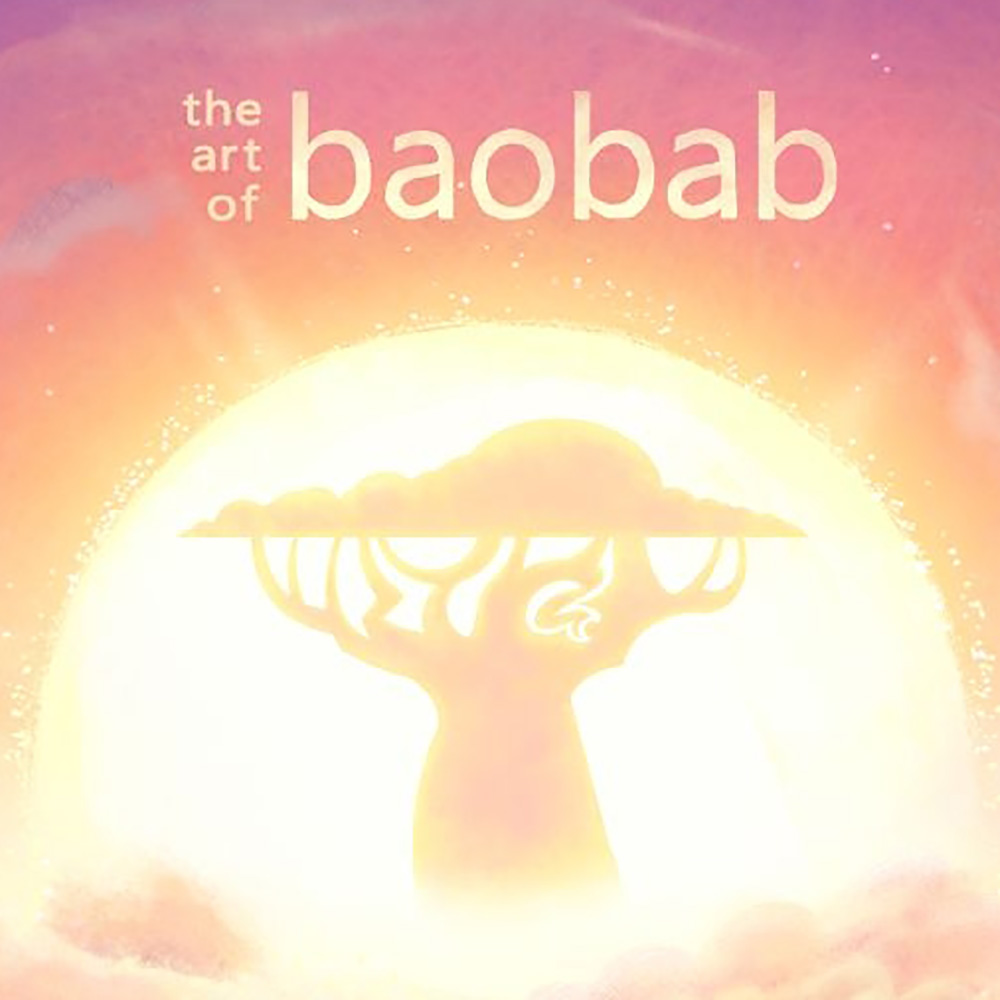 The Art of Baobab Studios: The Beginnings

The Art of Baobab Studios takes us behind the scenes of the 6-time Emmy® winning, leading interactive animation studio. The compilation features never before seen concept art and character exploration from Invasion!, Asteroids!, Jack, Crow: The Legend, Bonfire, and Baba Yaga, and stories from the team that made it all happen. Baobab is creatively led by Eric Darnell (writer and director of Antz, 4 Madagascar films). They’ve won 6 Emmy awards, including 3 Best Interactive Emmys, the first ever Best VR Annie Awards, and SIGGRAPH’s first Best in Show Award.The Art of Baobab explores the making of the worlds that brought out your sense of wonder, inspired you to dream, and made YOU matter.

Since it was founded in 2015, Baobab Studios has released six interactive VR experiences to commercial and critical acclaim:

INVASION! is a 2017 Daytime Emmy®-winning VR experience. Narrated by Ethan Hawke, comes a colorful VR story about Mac and Cheez, two bumbling aliens with grand ambitions to take over the world. Instead, they are thwarted by two adorable bunnies.

2018 Daytime Emmy® winning VR experience ASTEROIDS!, the highly-anticipated follow up to the Emmy® winning VR animation INVASION! Mac and Cheez are back with their robot sidekick Peas, this time on a dangerous, deep space mission. Disaster strikes as they are attacked by teeth-gnashing space bugs careening asteroids. Starring Elizabeth Banks as Cheez and Ingrid Nilsen as Peas.

Crow: The Legend is an exciting animated experience starring John Legend as Crow, the most popular and admired animal in the forest with his magnificent colors and beautiful voice. But when the very first winter arrives, can Crow make the ultimate sacrifice to save his friends? Crow: The Legend features a diverse star-studded cast including John Legend, Oprah Winfrey , Constance Wu, Tye Sheridan, Diego Luna, and Liza Koshy. Crow won 4 Emmy® Awards including the linear animated short film and the Interactive VR Experience in 2019, receiving the most awards of any animated program or series, traditional and/or interactive. Crow: The Legend also won the first-ever Annie Award for Best Virtual Reality Production.

Annie award winning, Bonfire, stars comedian, writer and actress Ali Wong. In this absurd alien adventure where YOU, the viewer, play the leading role! You’ve just crashed your spaceship on a strange planet. Your only tools for survival are a fading bonfire, a surly robot and a limited supply of nourishment cylinders. And what's that sneaking around out there in the dark alien jungle?

Fee-fi-fo-fum! Step into the shoes of Jack, grasp the magic beans in your hand, and feel the thrill of an adventure into the realm of the giants, all in a world completely re-imagined from the classic 5000-year-old fairytale. Jack (Part 1), stars Lupita Nyong’o and is the first installment of the most innovative immersive theater work to date by Mathias Chelebourg, the award-winning writer/director of Alice: The VR Play.

Baba Yaga, is the latest enchanting virtual-reality experience from Baobab Studios. It’s up to you and your sister Magda (played by Daisy Ridley), to save your mother (played by Glenn Close) by entering the forest (played by Jennifer Hudson) to obtain the cure from the enigmatic witch, Baba Yaga (played by Kate Winslet). Your choices define how this story of love and magic ends. Baba Yaga premiered at Venice Film Festival this year.