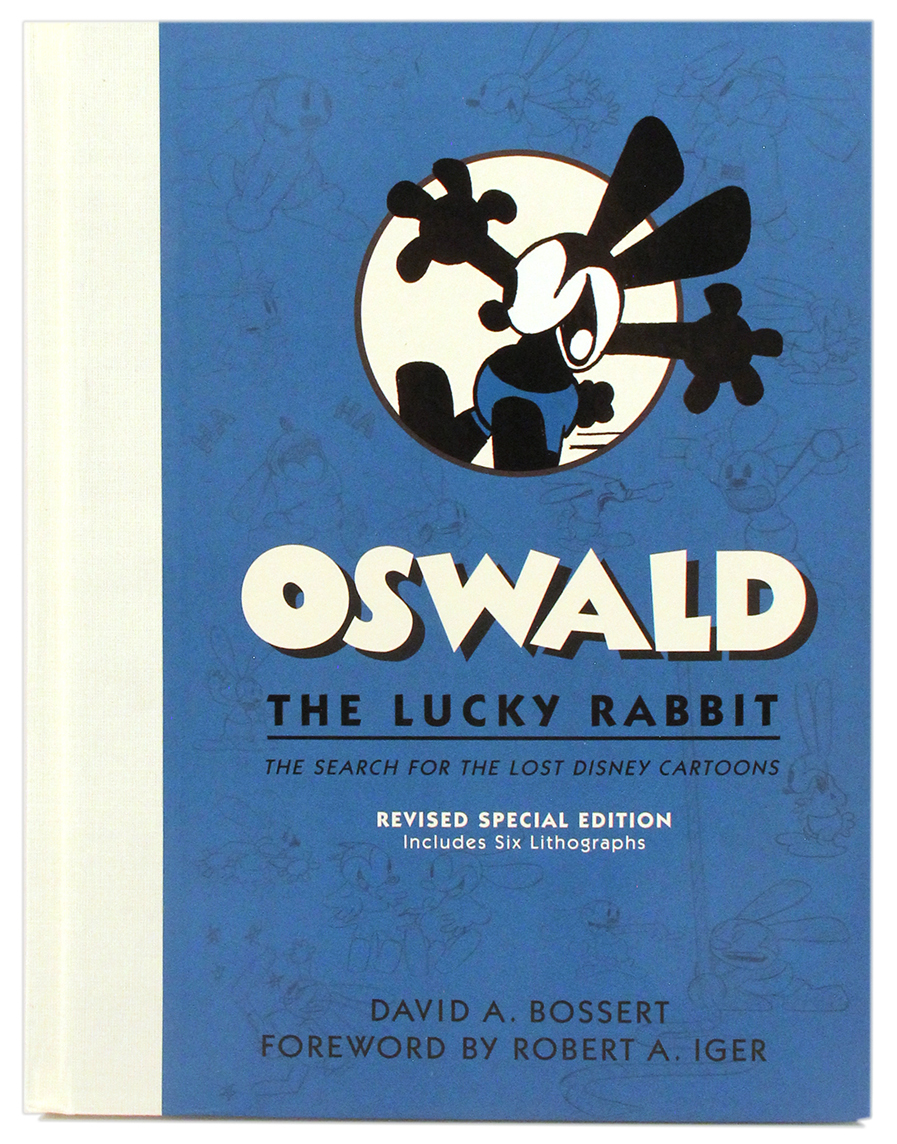 Oswald the Lucky Rabbit: The Search for the Lost Disney Cartoons

Signed by the author, David Bossert

For anyone interested in Disney origins, fascinated by early cinema, or entertained by a feisty little rabbit, this engaging and accessible volume delivers an in-depth look at Walt Disney's first major animated success and the journey to reclaim the lost Disney films.

Oswald the Lucky Rabbit was created in 1927 by Walt and his team through twenty-six cartoon shorts. Not without fits and starts, the series and its impish title character were an instant hit with audiences. At the end of that initial run, Walt lost the contract to Oswald, which prompted the creation of Mickey Mouse.

Over the years, Oswald became a footnote in the Disney story. . . until 2006, when The Walt Disney Company recovered rights to Walt's twenty-six shorts. Behind-the-scenes, a complex and labor-intensive search developed for the physical film footage of some Oswald cartoons deemed "lost to time."

• A foreword by the Executive Chairman of The Walt DisneyCompany, Bob Iger