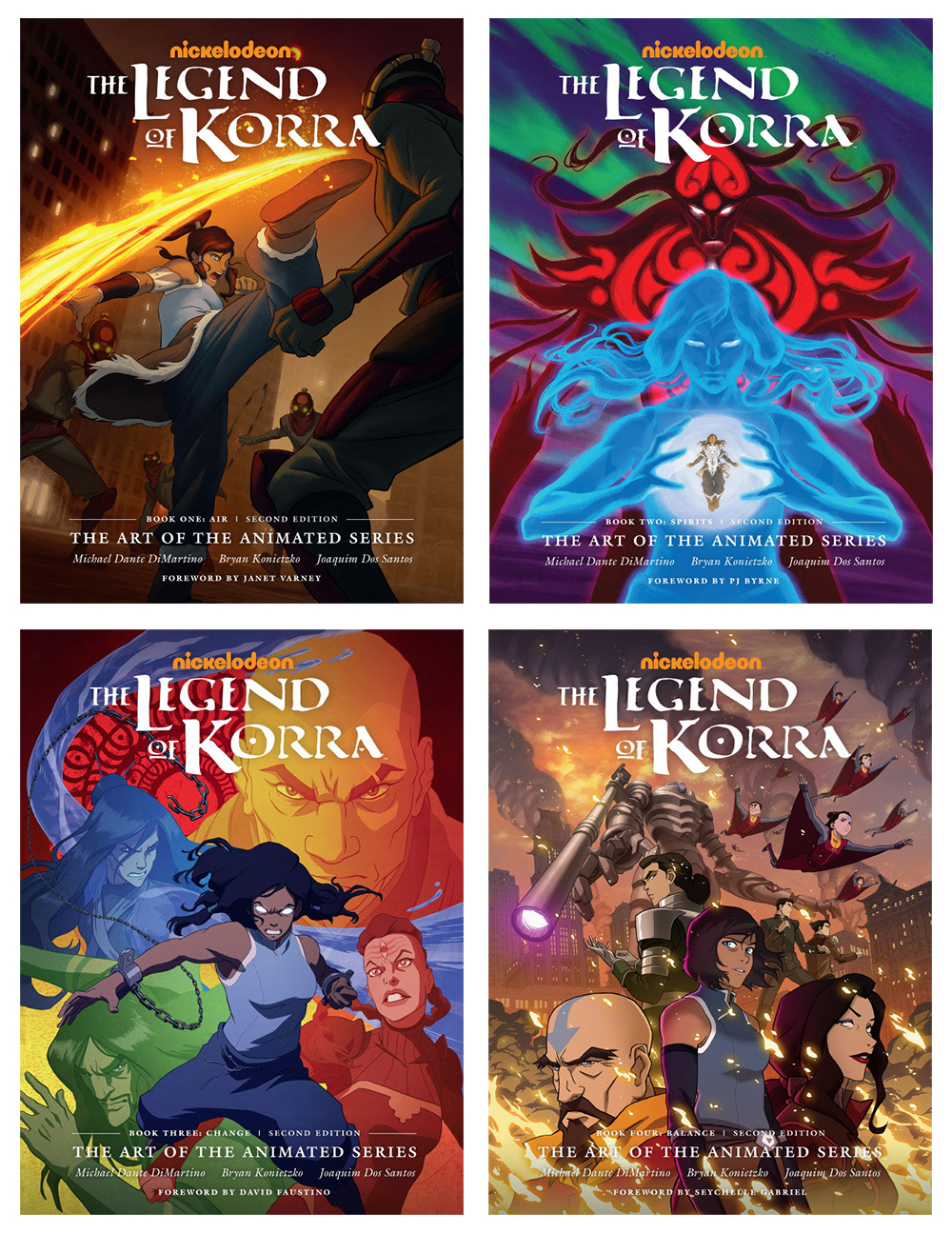 Pre-order
The Legend of Korra: The Art of the Animated Series (2nd Edition) Four Book Set


Each purchase of The Legend of Korra: The Art of the Animated Series Four Book Set comes with ONE commemorative 10th Anniversary bookplate signed by Bryan Konietzko and Michael Dante DiMartino (One bookplate for the whole set NOT per book)

Join series creators Bryan Konietzko and Michael Dante DiMartino for an unprecedented behind-the-scenes look at hundreds of pieces of concept, design, and production art as they take you on a guided tour through the development of this smash-hit television series in this new edition of the beloved artbooks. Learn how
The Legend of Korra took shape, from the very first sketch through the series finale, and beyond!