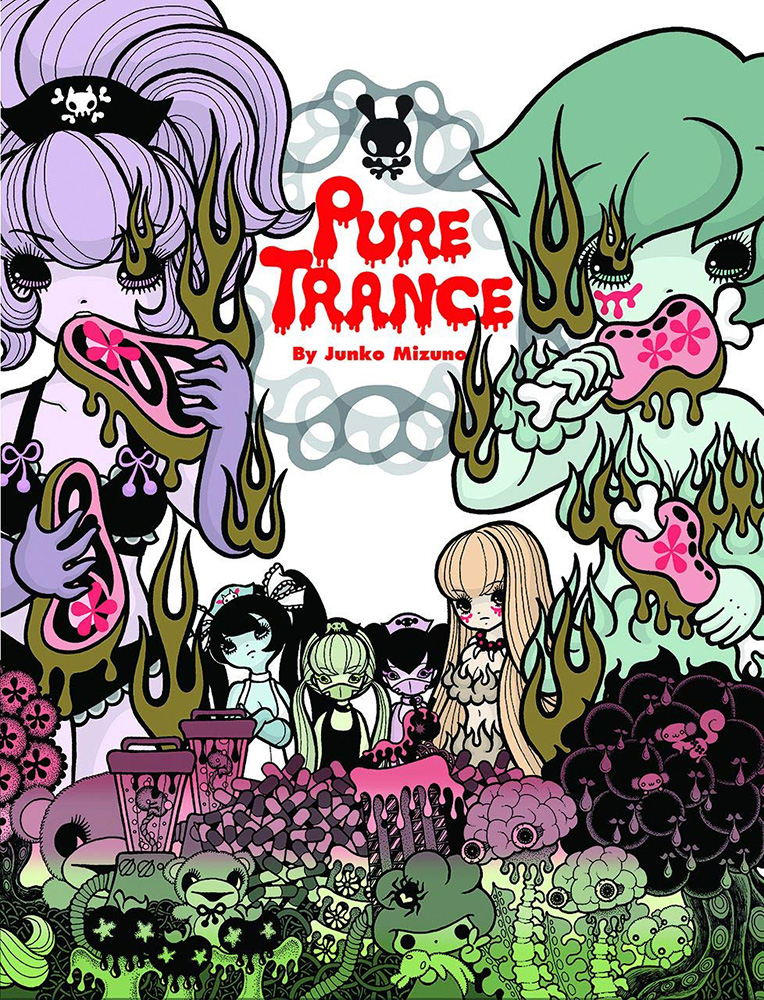 Following the Third World War, humankind left the toxic surface of the Earth and built an underground city to survive. A serious social problem emerged in this new society: hyperorexia, or severe overeating, a side effect of the Pure Trance lifesustaining pill. This dreamy science fiction fantasy — a sexy story of catfights, alien safari adventures, evil experimentation, and a girl who dreams of becoming a pop idol singer—is the longawaited debut graphic novel of famous Japanese manga artist Junko Mizuno. Pure Trance breaks every stereotype of shojo manga (girls' comics).

Junko Mizuno, in 1996, selfproduced a booklet called MINA animal DX which brought her to the attention of the publishing industry in Japan. Soon after, she debuted as a professional comic artist and illustrator. Currently residing in Tokyo, she is constantly working on new manga stories, illustration, and designs for products ranging from vinyl dolls to her own clothing line.