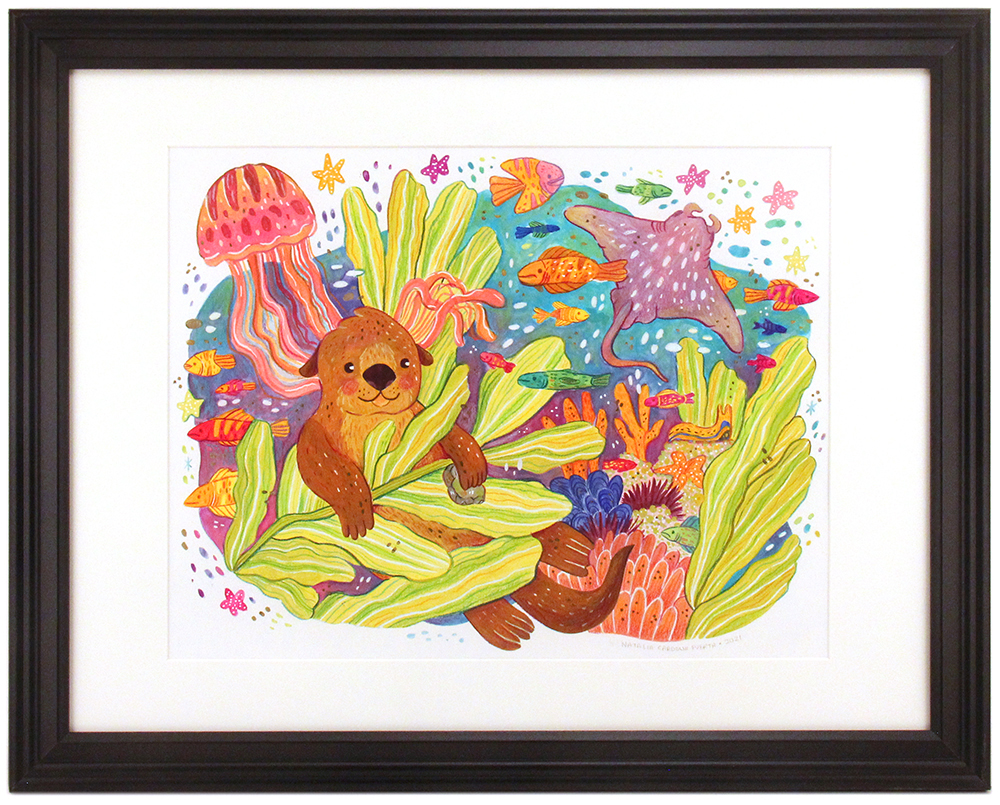 The sea otter is a charismatic marine mammal in the north Pacific Ocean and one of the largest species in the weasel family. It is also the only species in that family that lives its entire life in the ocean, preferring rocky shores and kelp forests.

Sea otters are foragers that eat mostly hard-shelled invertebrates, including sea urchins and a variety of clams, mussels, and crabs. They have an interesting method of eating their prey. Sea otters dive to rocky reefs, where they collect invertebrates and also a large rock. Upon returning to the surface, they float on their backs, with the rock on the stomachs. They use the rock as a table against which they smash their shelled prey to get to the soft parts that they can eat. Sea otters are often observed behaving in this manner, individually or in small groups.

Sea otters spend all of their time in the ocean, including sleeping.  Since they must sleep at the surface, they often wrap themselves in giant kelp to keep from floating away. By controlling sea urchin populations, sea otters promote giant kelp growth, as that species is a favorite of sea urchin grazers. In this manner, sea otters are keystone predators in the kelp forests where they live. They are not at the top of the food web, however, and are eaten by orcas, great white sharks and other large predators.

Sea otters are quite large, weighing up to 100 pounds (45 kg) and reaching lengths of nearly 5 feet (1.5 m). Both mating and birth take place in the water, and males have harems of several females. Mothers nurse their young for up to eight months. When the mothers dive for food, they tie their babies into kelp to ensure that they will not float away.

Unlike most marine mammals that rely on a thick layer of blubber to insulate them from cold ocean waters, sea otters rely on their extremely thick fur – the thickest of all animals. In fact, sea otters have so many hairs per square inch that their skin never actually gets wet, even though they live their entire lives in the ocean. Unfortunately, this thick fur also nearly led to this species’ demise. In the 18th and 19th centuries, sea otter pelts were highly valued for their use in making coats and other outerwear, and the species was nearly hunted to extinction. Scientists estimate that the total population reached levels less than one percent of their pre-hunting numbers. Sea otters now have legal protection throughout much of their range, and there has been some recovery in recent decades. However, scientists still believe that populations are decreasing as a result of oil pollution, changes to north Pacific food webs, and habitat loss, and this species is considered endangered (highly vulnerable to extinction). Without continuing conservation measures and legal protection, this charismatic species could be at risk of being lost forever.

20% of your purchase of this piece will go directly to Oceana to help them protect kelp forests and sea otters like the one depicted here. Learn more at Oceana.org.