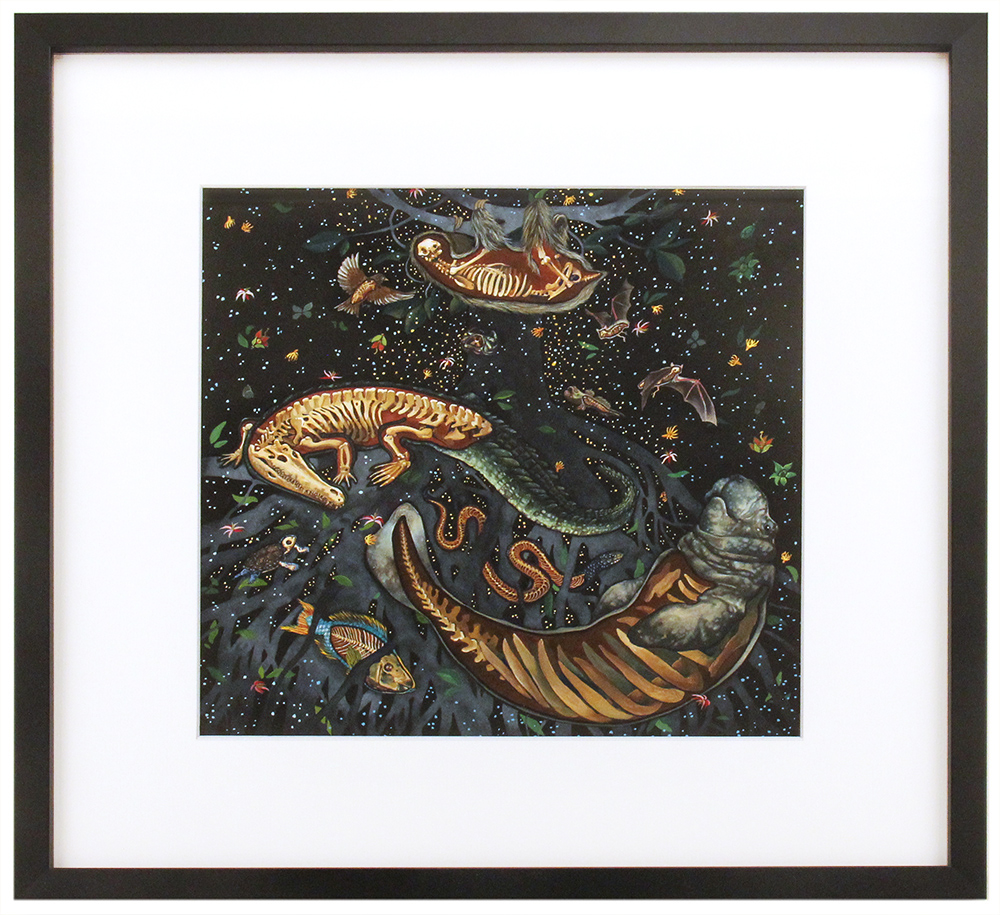 < previous
SHOW ALL
next >
Mangrove Habitat


Mangroves are unique coastal plants that survive in saltwater habitats. Unlike other plant life like seagrasses, mangroves grow above the waterline with their root systems extending far underwater.

Like reef-building corals, mangroves are ecosystem engineers – they form their own ecosystem and provide habitat for several other species. Mangroves’ root systems trap huge amounts of soft sediments, and in some areas where dense mangrove forests become established, they can be responsible for creating entire islands. Importantly, networks of these sediment-trapping forests buffer the coastline against wave-induced erosion and provide coastal ecosystems and coastal communities a vital line of defense against strong, tropical storms. Mangrove forests also provide important nursery habitat for many species of fishes and invertebrates, including those that are commercially important fisheries species, which later move to coral reefs and other ecosystems as they mature. Without the protection that mangrove forests provide the juveniles of these species, their adult populations and the fishers who rely on their capture suffer. Furthermore, mangrove forests are a primary habitat for mature individuals of many species of seabirds and waterfowl and some terrestrial animals as well.

The dual services of coastal protection and habitat for commercially important species make mangrove forests one of the most valuable ecosystems in the world. Unfortunately, like many coastal and marine ecosystems, they are being lost at an extremely rapid rate. Clear cutting for coastal development projects (including construction of shrimp farms, hotels, and other structures), harvesting for wood, and pollution all threaten mangrove forests throughout their range. Scientists estimate that at least one third of all mangrove forests have been lost during the last few decades.  Without active policies that aim to reverse the negative trend and preserve this system, mangrove forests (and the valuable services that they provide) may disappear in some areas. Such a disappearance would represent both an ecological and economic loss in coastal areas that people cannot afford.

Your purchase of this piece contributes 20% to Oceana's ongoing efforts to preserve mangroves in the wild. Learn more about Mangroves at Oceana.org.