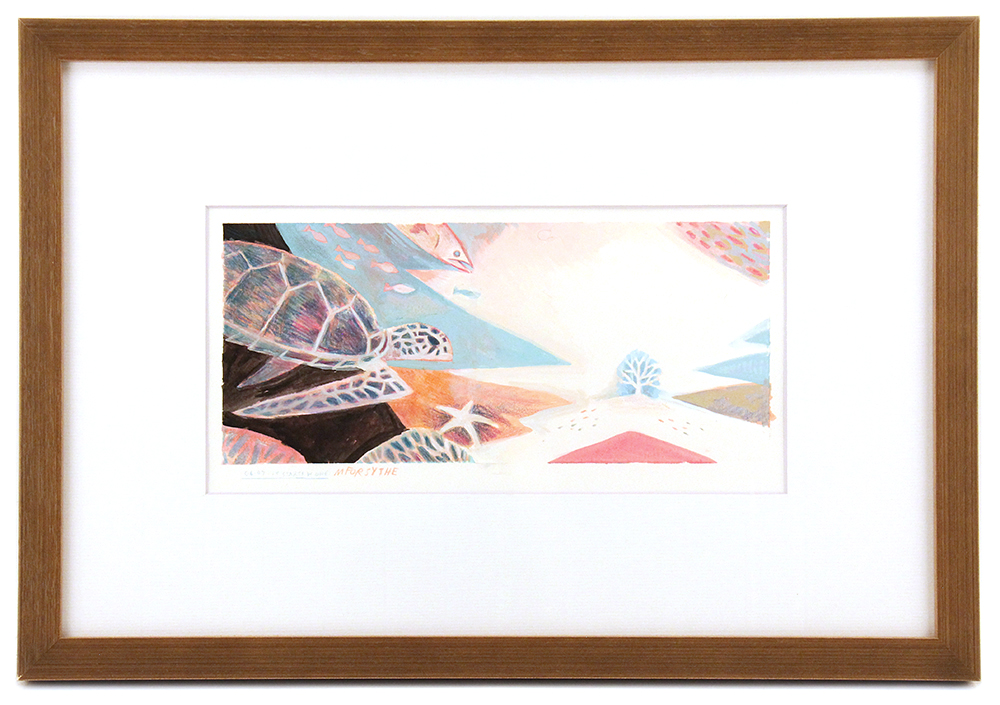 
The hawksbill turtle gets its common name from the shape of its curved, pointed beak, which resembles that of a bird of prey. They use this beak to feed on sponges and other invertebrates growing on coral reefs. Hawksbill turtles spend part of their lives in the open ocean, but are more reef-associated than other species of sea turtles.

Like many other species of marine turtles, hawksbills spend most of their time in the water with females only coming to shore to lay eggs. Female hawksbill turtles also return to the same beach where they hatched to nest, even if that beach is far from their foraging grounds. Unlike several other species of sea turtles, hawksbill turtles nest throughout their range, oftentimes in locations with only a few other nesting adults. Other species of sea turtles often return to a relatively small number of nesting areas along with thousands of other adults. Hawksbill turtles also nest higher on the beach than other species, sometimes under/among the vegetation (e.g., trees and grasses). After mating at sea, females come to shore several times during the nesting season, dig a burrow and lay a clutch size of approximately 140 eggs. After several weeks, the hawksbill hatchlings emerge as a group and enter the water together to begin their journey toward adulthood.

Unfortunately, there are many threats to hawksbill turtle populations, and scientists consider this species to be critically endangered (very highly vulnerable to extinction). Coastal development has reduced the area where they can successfully nest, dogs and other animals often destroy their nests, and people harvest their eggs for food. They have medium-sized, beautiful carapaces (shells), and historically there was a strong market for adult hawksbill turtle shells. Hunting of adults still occurs in many places, where individuals are either captured at sea or taken from their nesting beaches. Hawksbill turtles are also accidentally captured in fishing operations targeting other species. Finally, because they are the species of sea turtle most closely tied to coral reefs, threats to that vulnerable ecosystem and to the sponges and other species that live on them add to the negative pressure that hawksbill turtles experience. All of these threats have combined to drive hawksbill turtle populations to dangerously low levels. Naturally, only one or two of thousands of eggs will make it to adulthood. These added anthropogenic pressures on nests, juveniles, and young adults make the chance of survival even more challenging.