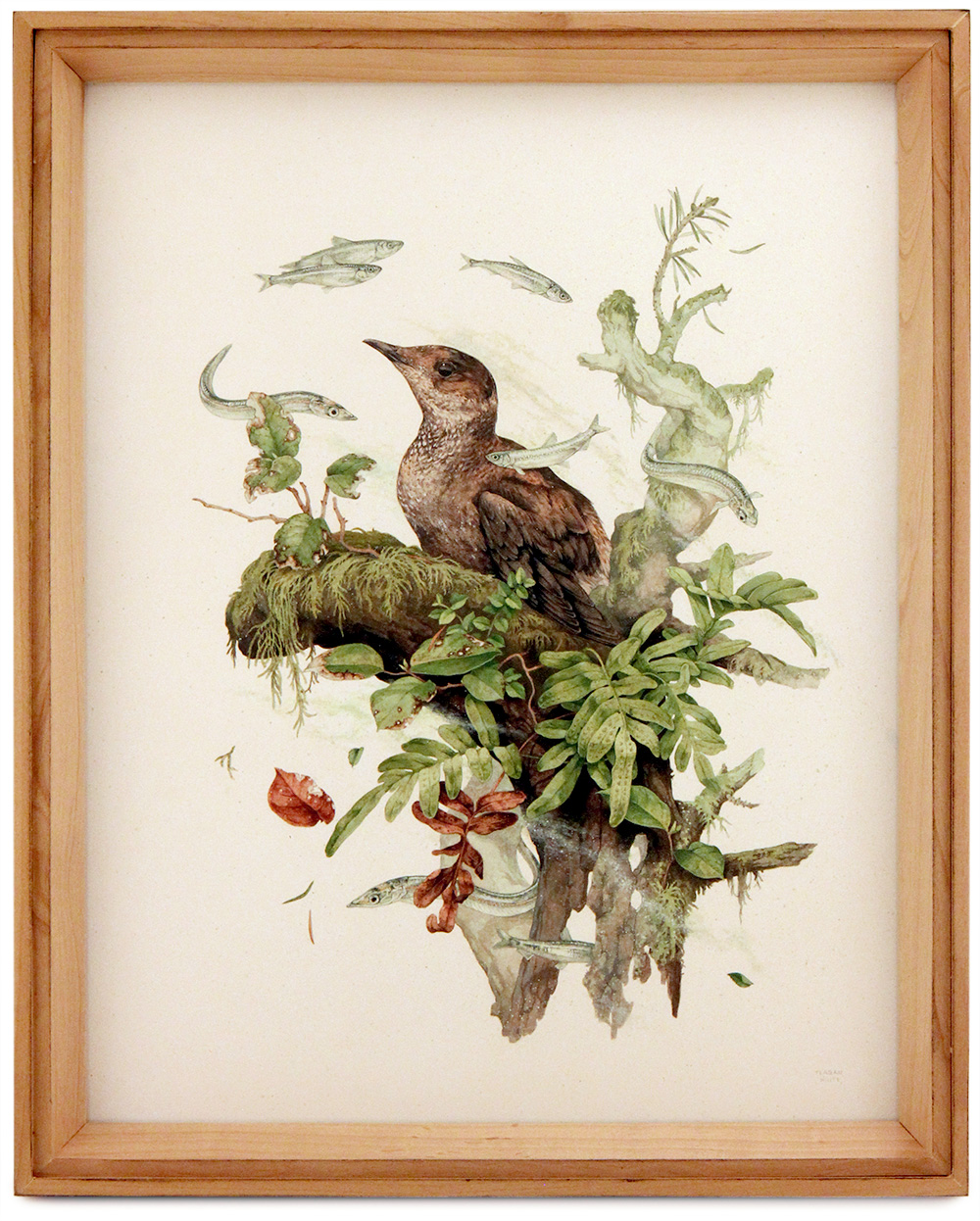 
The marbled murrelet, or “fogbird”, is a seabird with the unique behavior of nesting in old growth forests, sometimes miles from shore. They don’t build nests, but lay a single egg in a shallow depression in the mossy boughs of coastal conifers throughout the Pacific Northwest. Adults continue to forage in the ocean and bring fish back to the nest site (often under the cover of darkness to avoid predation) until the fledgling is ready to make their first journey to the sea. Little is known about this small, mysterious seabird, and few humans have seen their nests in person. We do know that their populations are in sharp decline due to commercial timber harvest, fragmentation and degradation of old growth habitat, and wildfires; that’s in addition to the threats that many seabirds face, including warming oceans, marine pollution, depletion of forage fish, entanglement in commercial fishing nets, and oil spills. Highly specialized species like the marbled murrelet are a good reminder of the fragility of the web of life we’re a part of; it’s impossible to alter an ecosystem or squander resources without unpredictable and cascading effects on the survival of others, and the web itself. Even the imagined division between land and sea is artificial, a boundary in constant flux… what we do to the Ocean, we do to ourselves in time. -- Teagan White, artist

The ocean supports all life on the planet, not just marine dwelling life, and Oceana strives to protect the habitats of all seabirds that rely on the ocean, just like the murrelet. Your purchase of this piece contributes 20% to help Oceana conserve the habitats of seabirds around the world. Find out more at Oceana.org.