The Physics of Friendship: A Tribute to The Big Bang Theory 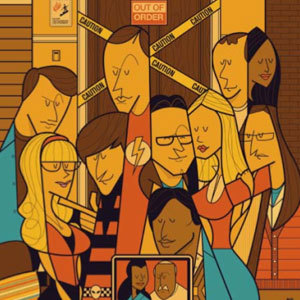 view photos
It all started with a big bang! Worlds collide as Penny, an aspiring actress turned waitress, moves into the apartment across the hall from two brilliant physicists, Sheldon and Leonard. The catalyst could be proximity, but this triple bond is soon stronger than that of nitrogen. Despite the scientists' genius IQs, it is Penny who shows them how little they know of life. Leonard believes he's found true love in Penny. Even Sheldon soon enters into a "Relationship Agreement" with a new female companion of rival intellect, Amy Farrah Fowler. Adding the antics of close friends Raj, Howard and his adorable wife, Bernadette, equals the sum of elements proving that this hit show has no half-life in sight.

Nucleus and Warner Bros. present an international roster of visual talent capturing the equation of love, laughter, and laboratories at the core of this supersmart series. Now in its seventh season, The Big Bang Theory continues to perfect its winning formula, prompting this artistic tribute to its lovable cast of close friends and their expanding universe.

The Big Bang Theory airs on Thursdays 8/7c on CBS

THE BIG BANG THEORY and all related characters and elements are trademarks of and © Warner Bros. Entertainment Inc.
(s13)