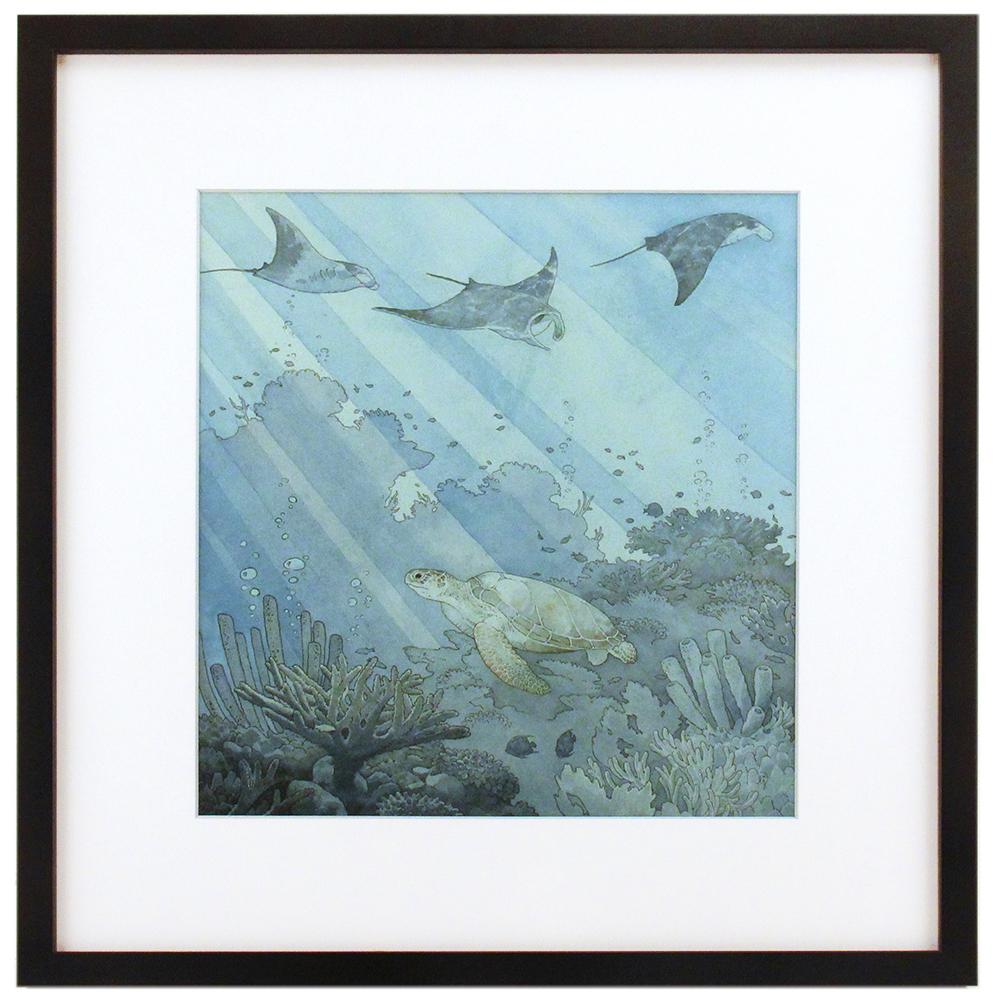 Similarly to other sea turtles, green turtles are known to travel incredibly long distances during their lifetimes. In some cases, individuals may travel across entire ocean basins from their feeding areas to nesting beaches in the tropics and sub-tropics. Green turtles use the earth's magnetic field like an invisible map to navigate throughout their migrations. Like other marine turtles, female green turtles return to the same beach where they hatched to nest. The two largest remaining nesting areas (in terms of numbers of nesting females) for green turtles are the Caribbean coast of Central America and the Great Barrier Reef in Australia.

Females will lay about 100 eggs per clutch and will nest several times over a few weeks. Once the eggs hatch, baby green turtles will make their way to the water and swim to offshore areas, where they will live for several years. Once juveniles reach a certain age and size range, they will leave the open ocean and travel to nearshore foraging grounds, where they shift to being primarily herbivores with a diet mainly consisting of seagrasses and algae. Both juvenile and adult green turtles are generally found nearshore, especially in areas with seagrass beds. Although green turtles generally only come to shore to nest, there is at least one population of green turtles (in Maui, Hawaii) that includes some individuals that are known to climb on beaches during the day, to rest in the sun.

The primary threats facing green turtles are degradation and loss of nesting and foraging habitats, direct killing of turtles and harvest of eggs, vessel strikes, accidentally being captured as bycatch in commercial or recreational fishing gear, and entanglement in or ingestion of marine debris. Although many countries around the world offer green turtles some or complete legal protection, threats to their nesting beaches and direct killing of turtles for their meat and collection of eggs still persist. All of these threats combined have caused green turtle populations to decrease to dangerously low levels.

Giant manta rays are found worldwide in tropical, subtropical and temperate waters and are commonly seen offshore, in oceanic waters, and near productive coastlines. Giant mantas are known to undergo long migrations and may visit colder waters for short periods of the year. Although giant mantas are typically solitary animals, they do aggregate to feed and mate. Giant manta rays have one of the lowest fecundity of all elasmobranchs, typically only giving birth to one pup every two to three years. Due to their broad range and sparse distribution across the world’s oceans, there are still gaps in scientists’ knowledge of giant manta ray’s life history. There are reports of giant mantas living to at least 40 years, but little is known about their growth and development.


Your purchase of this piece contributes 20% to Oceana and its ongoing efforts to preserve the endangered species within our oceans. Learn more at Oceana.org.